Sometimes, there is a need to track a character’s general health status, such as 5e does with the Exhaustion condition.

Exhaustion can be applied to a creature when they are exposed to particularly draining circumstances. The way exhaustion works is that when a creature is exposed to a catalyst for exhaustion, they are required to make a Luck (Con) Constitution save or become afflicted one or more levels of Exhaustion. 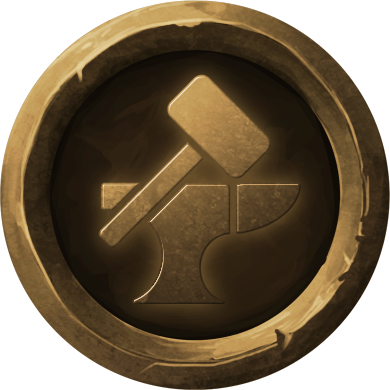 Some Special Abilities and environmental Hazards, such as starvation and the long-­term Effects of freezing or scorching temperatures, as well as certain diseases, can lead to Exhaustion. Exhaustion is measured in six levels. An effect can give a creature one or more levels of exhaustion, as specified in the effect’s description.

If an already exhausted creature suffers another effect that causes exhaustion, its current level of exhaustion increases by the amount specified in the effect’s description.

A creature suffers the effect of its current level of exhaustion as well as all lower levels. For example, a creature suffering level 2 exhaustion has its Movement halved and has disadvantage on Attribute Checks.

An Effect that removes exhaustion reduces its level as specified in the effect’s description, with all exhaustion Effects Ending if a creature’s exhaustion level is reduced below 1.

Finishing a Long Rest reduces a creature’s exhaustion level by 1, provided that the creature has also ingested some food and drink.

The inability to complete a Long Rest will result in increasing a character’s level of exhaustion, including from level 0 to level 1.

by: PhoenixMark
See All Pages

I'm sorry, but we no longer support this web browser. Please upgrade your browser or install Chrome or Firefox to enjoy the full functionality of this site.